Keeping Up with the Friedmans

Sometime in the late '80s, I had the idea to draw a series of portraits featuring the actors who appeared in the films of Ed D. Wood, Jr., director of the infamous Plan 9 from Outer Space. I'd become a huge fan of Wood's demented movies, having been exposed to them via the newfangled VHS tape revolution, during which every piece of junk drive-in cinema had become available for home viewing - a glorious era. I was further inspired to embark on this project by having doodled a few passable Bela Lugosi portraits, one of which eventually evolved into this drawing: 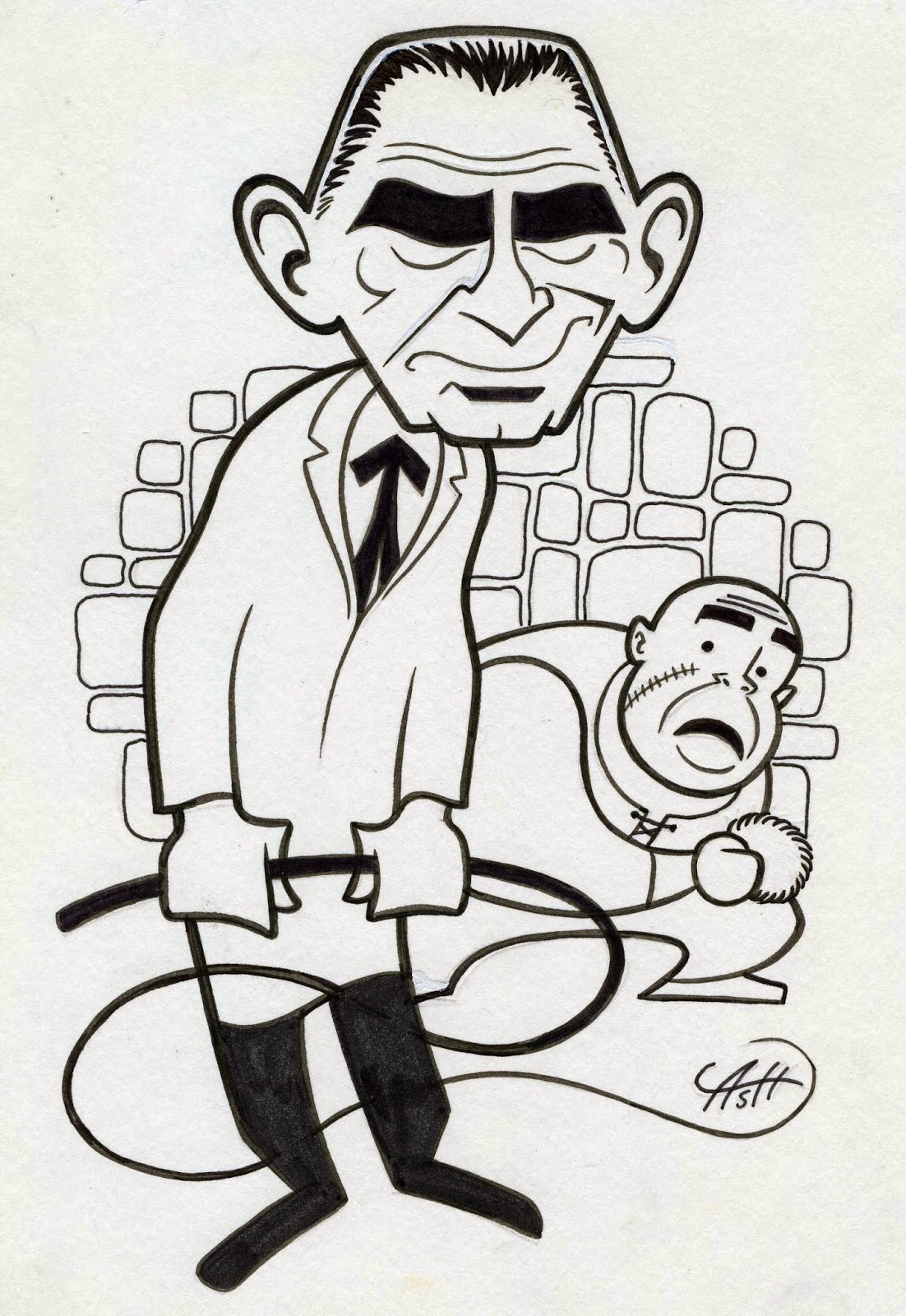 Being far too lazy to actually get started on such a project, I went back to the couch to continue watching crappy old videos for a few years. Then one day I was hanging out in the hipster record store (a glorious era), and I spied an interesting product in a display cabinet: 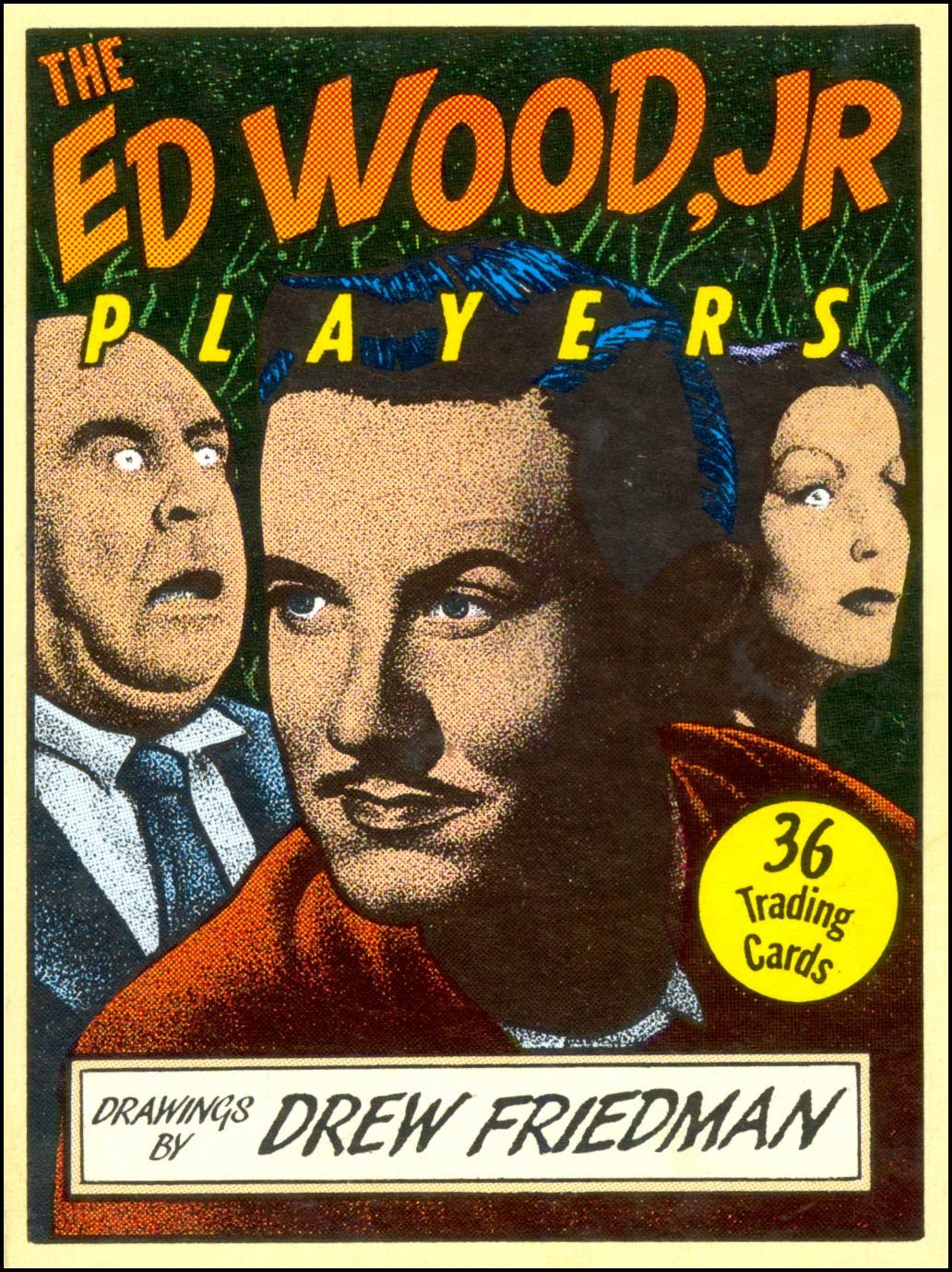 The legendary Drew Friedman had hit upon the same idea and made it live. And of course he had done it with more talent, dedicated research, love and stylistic brilliance than I at that incompetent age could ever imagine. Plus, you know, he actually started and finished it.


No matter. My future was to be filled with any number of fulfilling artistic adventures. In fact, just a couple of years ago, I hatched a scheme in which I would create portraits of many of the great figures in comic book history - the great cartoonists and writers the fanboy set knows and loves from our travels through publishing history. I was going to call the series The Gods of Geek Mythology, and I already had two portraits to start: Jack Kirby and anti-comics crusader Frederick Wertham:

It looked to be the making of a great series! Maybe I could even sell one of the bigger comics publishers like Fantagraphics on the idea of a book collection! I was filled with great satisfaction over this marvelous idea, and I decided to sit on the couch and eat ice cream for 12 or 15 months to celebrate.

And of course, while we're all waiting for me to finish this sure-to-be excellent portrait collection, let's enjoy Drew Friedman's newly-released book, Heroes of the Comics, available from Fantagraphics Books.

Click here read more about it. Me, I'm going to go sit on the couch. 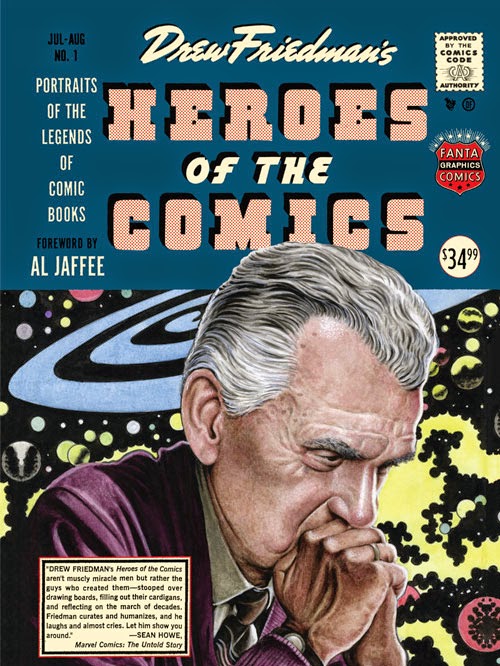