Turns out Gary Gilmore has the same birthday as me. I'm going to try hard to convince myself that being born on the same say as a convicted murderer who demanded his own execution holds no significance. Anyway, I can still claim the same birthday as Wassily Kandinsky, who, to the best of my knowledge, never killed any gas station attendants.

Posted by Ashley Holt at 3:18 PM No comments:

More treasure from the vault. I pitched this as an Art-o-Mat project years ago: a series of portraits referenced from an old University of South Carolina college yearbook. Since the folks in this 1950s university setting were all of a certain ethnic distinction (or lack thereof), I decided to paint them all with the identical shade of pink. The Pepto Bismol I keep handy for my anxious stomach was within reach at the time, so I used that instead of watercolor, which would have required getting off the floor. (In keeping with toddler-age traditions, I paint while sitting on the floor.)

Can't say I recommend Pepto as a valid medium, but I'll get back to you when I've finished my studies in Colgate and Cool Mint Listerine. 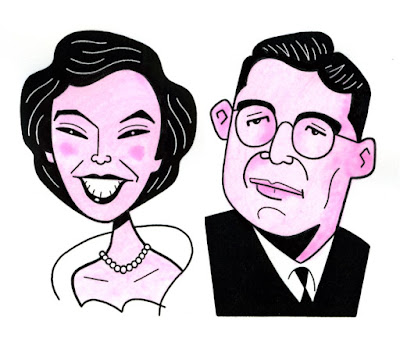 Posted by Ashley Holt at 8:56 AM No comments: 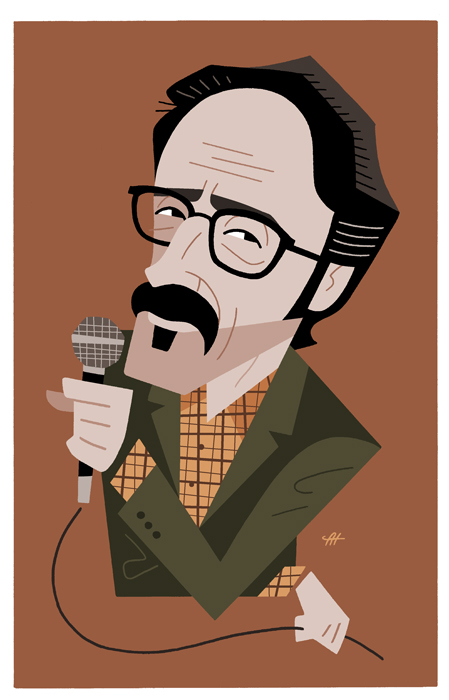 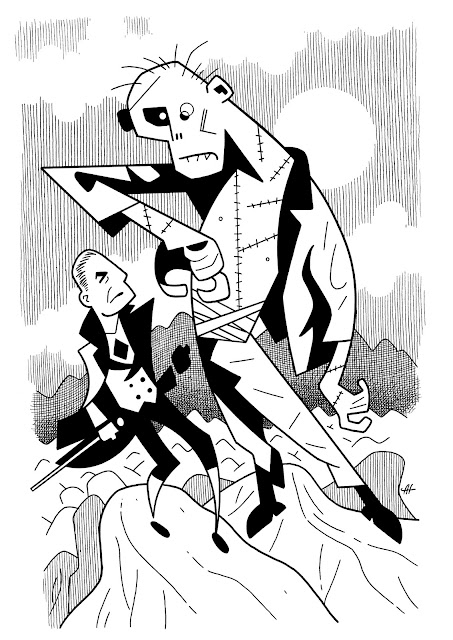 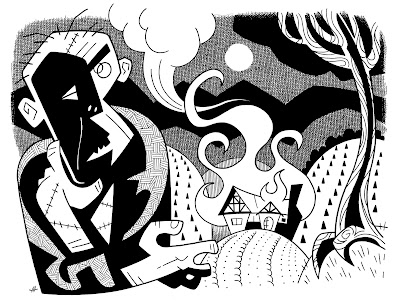 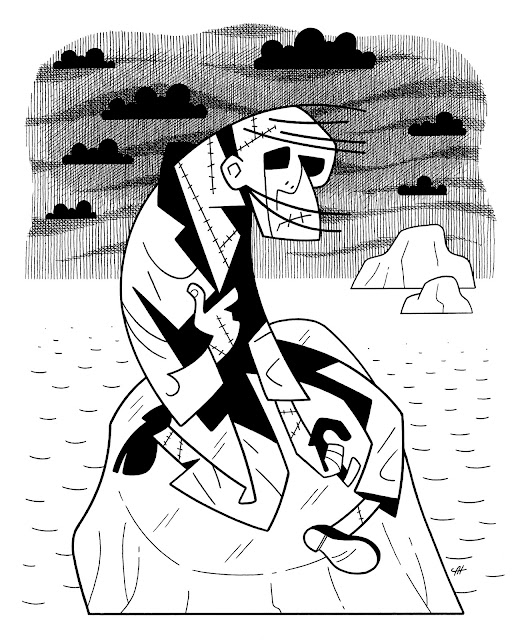 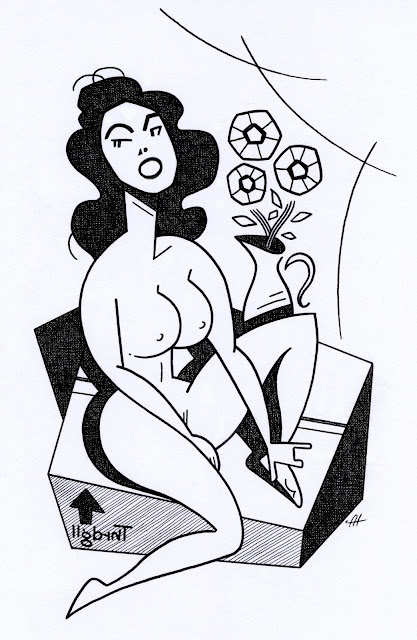 My old art instructor, Bill Thompson, made it clear by his example that there was one primary reason for becoming an artist: You will have the opportunity to draw floral arrangements.
Posted by Ashley Holt at 6:43 PM No comments: 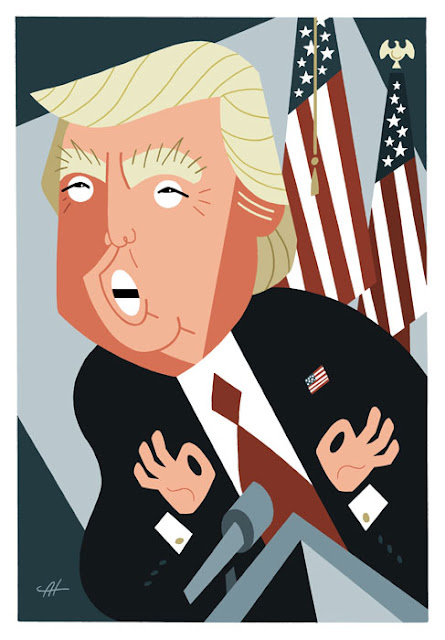 The temptation to keep reducing the size of those hands is pretty great, but I have reasonable standards even when my portrait subject doesn't.

Posted by Ashley Holt at 9:50 AM No comments:

Do Randroids Dream of Sarcastic Tweets? 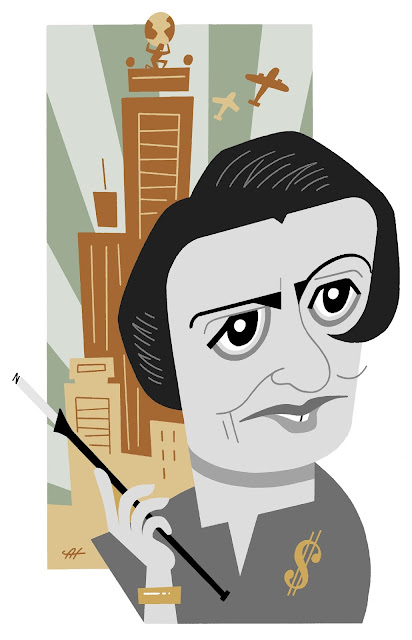 Acolytes of Ayn will be displeased to know I created this portrait for the good of my fellow man and not for money. 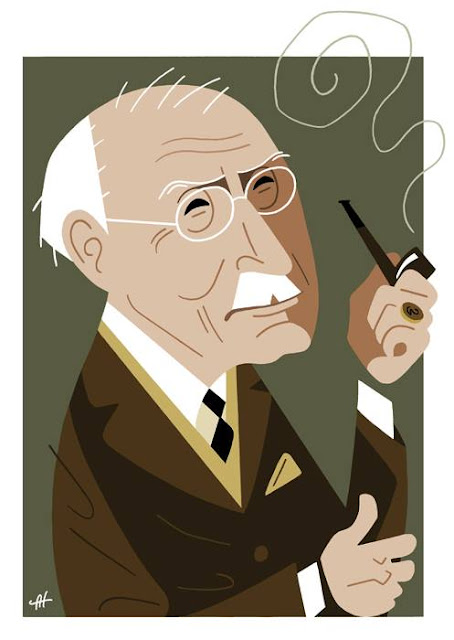 My favorite Carl Jung story - and goodness knows we all have a favorite - is from his intriguing autobiography, Memories, Dreams and Reflections. Young Carl has become plagued with a "forbidden" thought: He imagines God rising up from the roof of his local church on a golden throne, floating into the sky. Carl is terrified of completing the thought. He forces himself, time and again, to think of something else before this internal vision turns nasty.

Finally, he can fight it no longer. He must see how this vision turns out. He pictures God on the golden throne, rising over the church into the sky. Suddenly, the bottom of the throne opens, and God's most holy backside releases a giant turd, which falls, smashing the roof of the church.

Posted by Ashley Holt at 9:48 AM No comments: 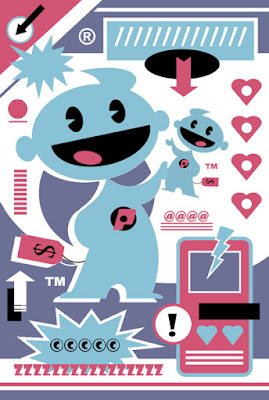 But that doesn't mean you shouldn't order the book. It's print-tastic!  http://thrdgll.tripod.com/mrproductbook.htm
Read more »
Posted by Ashley Holt at 6:37 AM No comments: