Karl May: The Boy Who Cried Winnetou 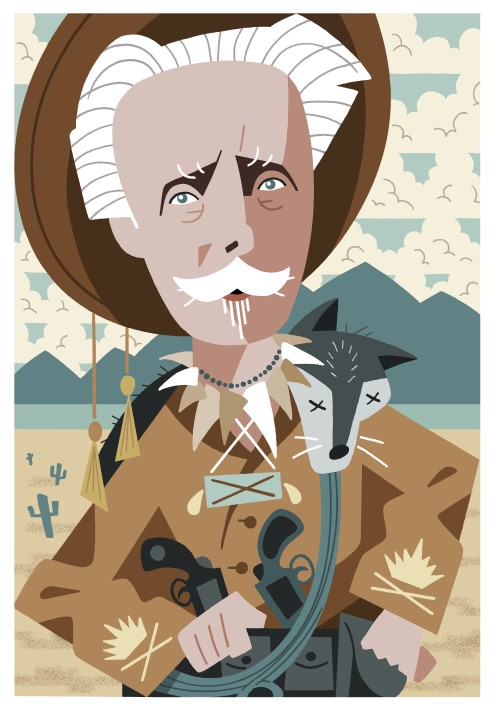 If you grow up in Germany, you absorb the stories of Karl May, if not from his vast catalog of literary works then from the film adaptations of the 1960s. (Chances are good your parents had the soundtrack LP in the family record collection). May’s numerous volumes are such a staple of German culture that endless critical debates have raged over the generations, not as to whether or not his books are any good, but how exactly they uphold the ideals of one political faction over another. Everyone wants to adopt May as their own. Hitler was a fan, so rather than banning the books for their anti-nationalist leanings during the Nazi era, the stories were simply edited to promote wholesome German ideals rather than those of the decidedly non-white characters that May admired.

And what makes this eternal glorification of Karl May as the Bard of the Fatherland so curious is that he primarily wrote Westerns. Westerns, as in the American West, covered wagons, buffalo stampedes, and all the rest. Chief, so to speak, among May’s creations is Winnetou, noblest of the noble savages, an Apache with perfect marksmanship, fluency in multiple languages, unmatched bravery, unquestionable leadership skills, and, as the author repeatedly points out, incredibly sexy lips. Most of the  adventures center around Winnetou’s relationship with an equally-noble white man known as Old Shatterhand, blood brother to the Apache and narrator of the thrilling tales. Americans might think of this as a spin on the Lone Ranger, in which Tonto is the star and his white companion is the one brushing the horses. 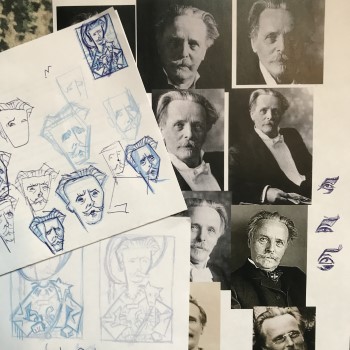 It’s all perfectly pulpy fun. (What we categorize as “popular fiction” translates directly from the German as “trivial fiction,” and they have no qualms characterizing Winnetou as such.) But what makes Karl May’s standing in the Deutsch pantheon further flummoxing is the author’s legacy as the biggest bullshit artist in literary history. May engaged in fictitious self-aggrandizement on a Trumpian scale, claiming the he himself was the real Old Shatterhand and that the Winnetou epics were actually his memoirs. It was a blurring of fact and fiction akin to Harland Sanders claiming to not only be a real Southern Colonel but also the chicken you are eating. May lied about his travels, lied about his awards and degrees, claimed to speak 27 languages, and of course, plagiarized a good deal of his work. One might suggest that his compulsive fibbery was simply an extension of his early life as a career criminal, but even that part of his biography was largely fabricated. 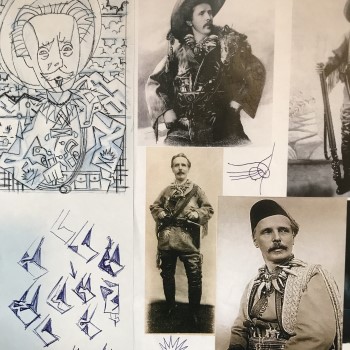 No matter. May’s deceits are accepted as part of the thrill ride of his masterworks. It’s as if the German reading public identifies strongly enough with his daydream of wild-west heroism to overlook his bamboozlement. The durability of the Western genre in America is a curious thing, but even more fascinating is the enduring appeal of cowboy and Indian tales in Europe. Gary Cooper in chaps may be the measure of a man in America, but the Italian elevation of Clint Eastwood to an almost phantom-like, supernatural creature seems to suggest a downright religious level of reverence of the Western legend. It’s notable that a German narcissist looking to promote himself as Adventurer Supreme would portray himself not as a military hero or regional sportsman, but as an American Daniel Boone type, conquering the untamed land across the ocean. 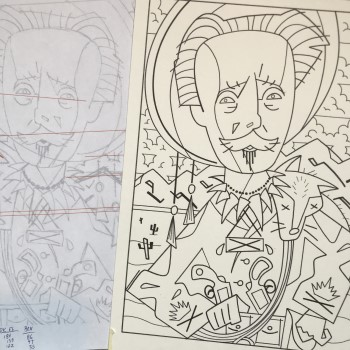 But it’s also notable that May, upon finally visiting the US for real late in his life, dodged the American press with the deftness of Old Shatterhand dodging enemy gunfire.
Posted by Ashley Holt at 8:14 AM